As members of the Amusement and Music Operators Association (AMOA), the NDA's founders saw the benefit that organized league play had on other sports and created the AMOA-National Dart Association to provide benefits to  coin-operated vending companies and their players.

The NDA is now an international organization with members from eight countries. The NDA hosts the world's largest international soft-tip dart tournament competition in the world. 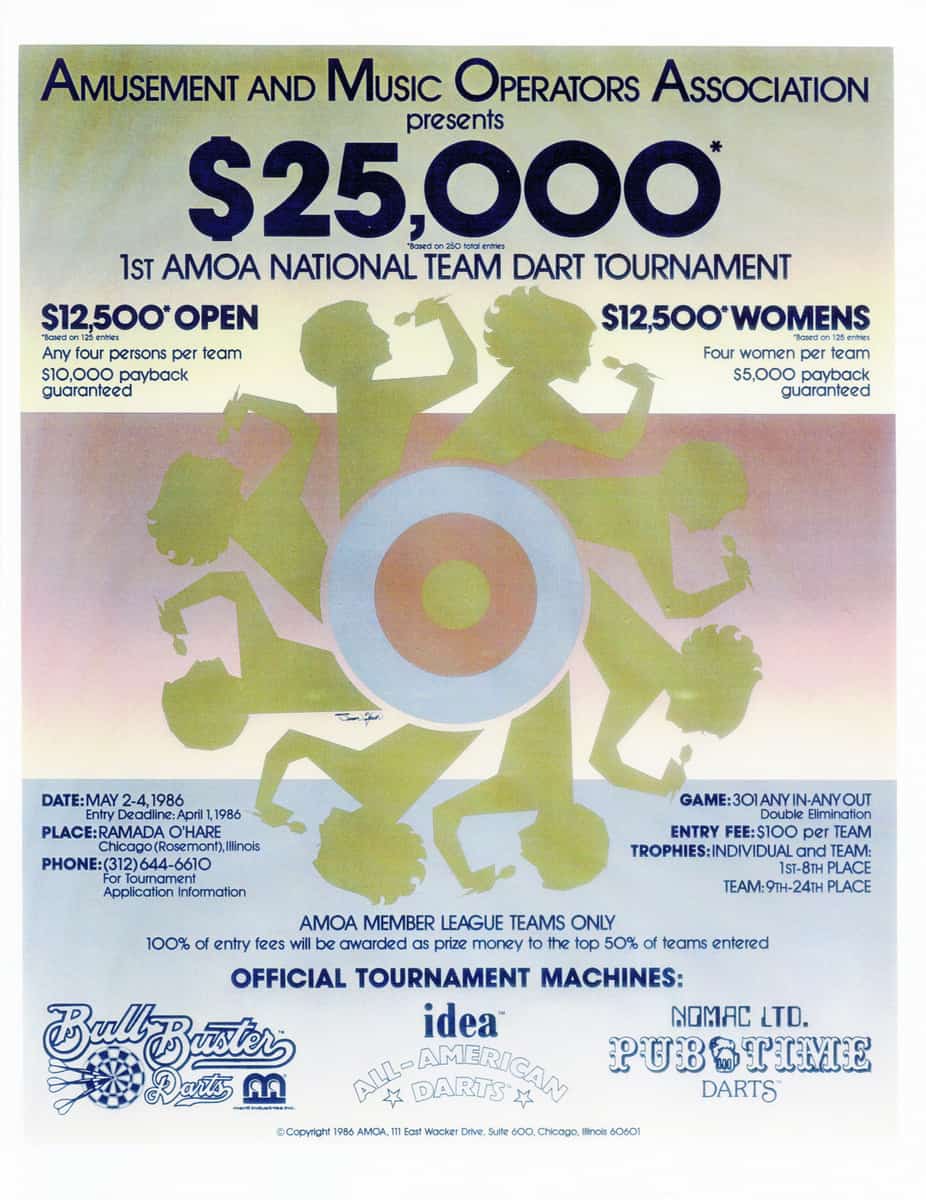